A broken limb made of stone, placed in a foreign country.

A sound wave, moving through air as an incomplete line.

A hermetic language, unable to speak, and left as an argument from silence.

Absence is defined as a state in which something desired is not present or does not exist. Silence created by emptiness. An unknowable measure of distance between things. A negative space.

I have been thinking through absence between the visible and unseen parallel to the city I live within. I am learning how to listen to a city through the fragments it reveals. A language that is both distant and familiar. A city whose histories and ruins lie within its fractured foundations and arteries. When Words Disappear into Trees are my studies into absence. Works on paper with marks that retain the traces of time bind fragments of places both real and imagined. The fractured histories within the Gandhara sculpture collection in a Chandigarh museum are positioned alongside a series of night landscapes. A series of variations on the incomplete line fall between architectural abstraction and music notation, but communicate neither language in their entirety.

In the recesses of my mind an unsettled thought remains. What is a measure of violence between absence and deletion through architecture, language and history?

I found distant echoes of this deletion in a fragment from Poems of the Night, meditations on darkness. This has remained with me for several years through a turbulent social and political landscape.

'I'll erase the pyramids, the coins,

The continent and all the faces.

I'll erase the accumulated past. 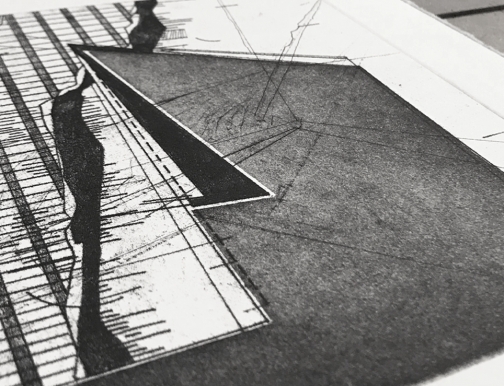 Explore Seher Shah’s printmaking practice through her recent work Ruined Score and Argument from Silence, currently on view as part of her solo exhibition. 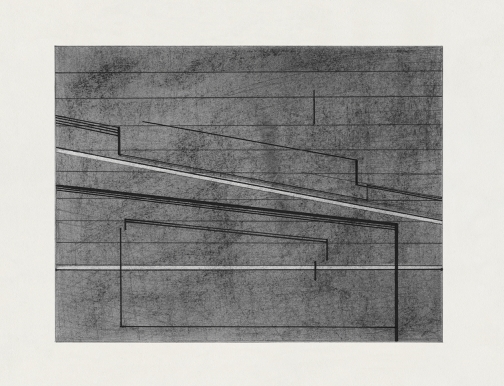