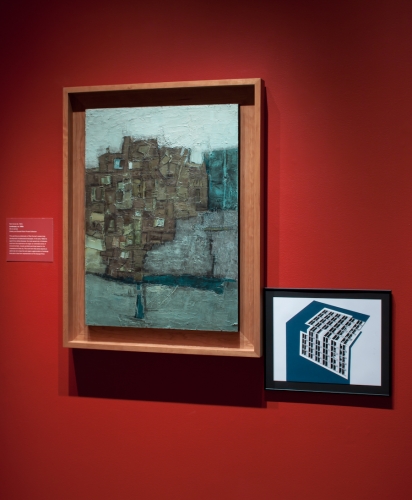 “Radical Terrain” is the last of three small, carefully judged, back-to-back exhibitions in the series Modernist Art From India at the Rubin Museum of Art. How lucky New York is to have a museum willing and able to do such shows, unfamiliar in content but large with history. If we relied on our big institutions, which so often spoon-feed us what we already know, we would be unaware that India even had a modern art, never mind one of variety and complexity.

Each of the earlier shows was built around a broad art genre: figurative painting in one case, abstraction in the other. And each was made up of work done roughly between 1947, when India became independent from colonial rule, and the 1990s, when contemporary South Asian art began to merge into the global flow. “Radical Terrain” focuses on a third genre, landscape painting, and complicates the time frame by adding new work by youngish artists: some Indian, some not.