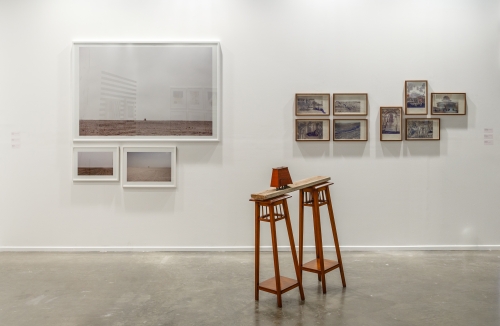 An abandoned oil barrel in the Qatari desert. A line of empty buses that had been used to transport passenger loads of migrants.

These images of the modern Middle East, captured by the Syrian photographer Jaber al-Azmeh, were a subtle yet poignant reminder of the world outside Art Dubai, the annual fair that just concluded its 10th edition.

The work “has political and social undertones, and it also poetically and critically analyzes what’s going on around the world and specifically in the region,” said Yasmin Atassi, director of Green Art Gallery in Dubai, which represents Mr. Azmeh and showed his work at the fair.

Ms. Atassi’s gallery was among 94 participants from 40 countries at Art Dubai. The fair drew in more than 27,000 visitors to this year’s edition, which took place March 15 to 19.