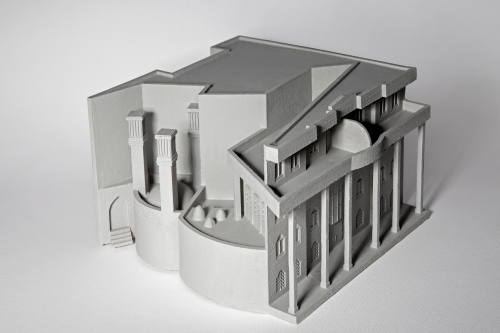 After a long political freeze between Iran and the UK, a cultural entente is quietly under way in London with the launch of Recalling the Future: Post-revolutionary Iranian Art, at the School of Oriental and African Studies (SOAS). Four curators including Hamed Yousefi, an Iranian culture critic, and David Hodge, a London-based art historian, have presented trends, ideas and techniques shaping the Iranian art scene today through the works of 29 established, emerging and late artists.

The 1979 revolution, which overthrew Mohammad Reza Shah Pahlavi, the country’s last royal ruler, provides the provocative impetus for the show. Participating artist Mahmoud Bakhshi says that his generation are often referred to as “children of the revolution”, adding that the tumult of 1979 presents “a rupture point not just for the art history of Iran but for the society at large”.