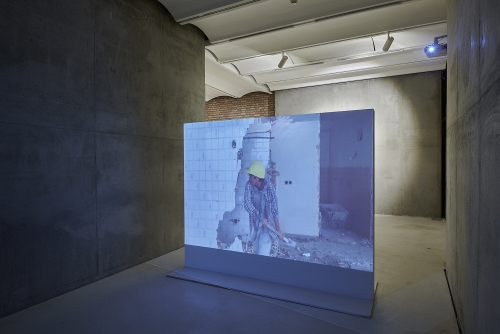 With street protests brutally extinguished in 2019 and an Iranian anti- aircraft missile bringing down a Ukrainian passenger plane shortly after the turn of the year, killing 176 people, not many Iranians are feeling positive at the moment. “The general feeling of hopelessness has also affected the art community,” Tehran-based artist Nazgol Ansarinia admits. “It is hard to know what the right thing is to do at this moment. Should one continue to work as before, or should one stop?”

Ansarinia has not stopped. She recently (on 10 January) opened her first major survey exhibition at the newly renovated Argo Factory – the first private museum on such a scale in Iran. It was, however, a tumultuous path to the opening, which was rescheduled twice. “We’re lucky that, amid all the economic volatility, we did not have to sacrifice much of the architectural vision,” comments Hamidreza Pejman, founder and director of the Pejman Foundation, a private art organisation in Iran. The renovation was planned and executed by the New York-based architecture studio asa north, known for its creative practice and collaborations with artists and writers. The result is a carefully restored building that combines the old and new in stunning ways.