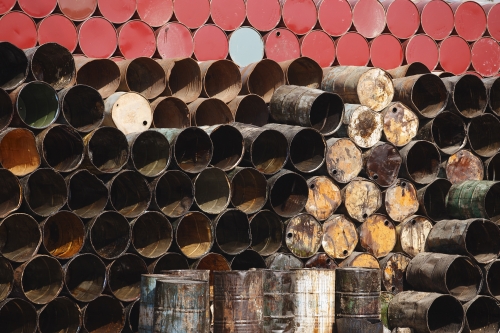 Imagine having to leave everything behind and relocate to a new place. When Jaber Al Azmeh fled from Syria, he took with him his images that best reminded him of a place he had called home for most of his life. Despite moving, he was firm about showing the world the Syria that he grew up in.

Creating from Visual Memory
In Metaphors, Jaber has acted on his visual memory to create a reflection of the valleys, hills and horizons of the scenery through the body lines of horses. However, this reflection is not something that strikes you immediately when you see the series. When asked about this, Jaber simply said that he wanted to bring out something beyond what there was to see. “To those who know the Syrian terrain and landscape well, Metaphors will not appear to be a stark contrast in terms of subject matter.”

The Other Side of Syria
After the elegance and grace of Metaphors, Jaber transports you to a landscape that was once beautiful. It is through Traces that he has investigated the rubble and ruin in Syria. This series was created well before the Syrian Revolution which broke out in 2011, and he felt that in a way, the series served as a kind of prelude to Wounds.

Jaber has managed to weave beautiful stories of people that lay beneath the surface of Syria’s landscape through old run-down doors and metal scraps. “At the time I made Traces, everyone still existed in a state where speaking out was not an option. In a way, Traces was like the quiet before the storm.”