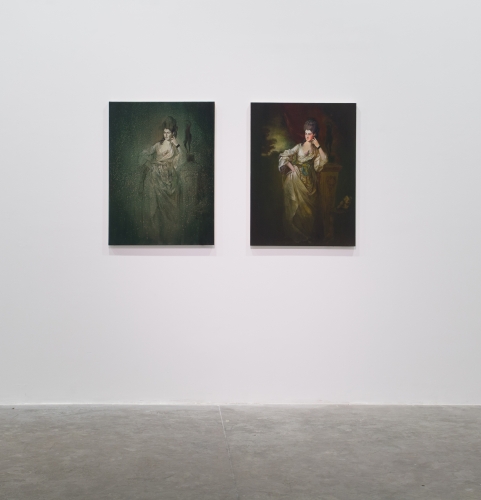 For his Middle East debut, British artist Ross Chisholm draws inspiration from 18th-century British artists such as Thomas Gainsborough and Joshua Reynolds to create historical images with a modern twang. “Ranging from 18th-Century British society portraits and genre scenes to 1970s vacation snapshots sourced from flea markets, Chisholm distorts traditional portraiture with interventions and various manipulations — such as injecting geometric abstraction, combining figures from different centuries, or even updating a noblewoman’s fashion with 1980s punk accents,” says the press release. Highly contemporary, these meditations on the process of making and unmaking, and simultaneous dialoguing with the past and superimposing upon its imagery flourishes of the present, speak of dislocation and ambiguity. In playing with chronology, the artist becomes the purveyor of new mythologies.