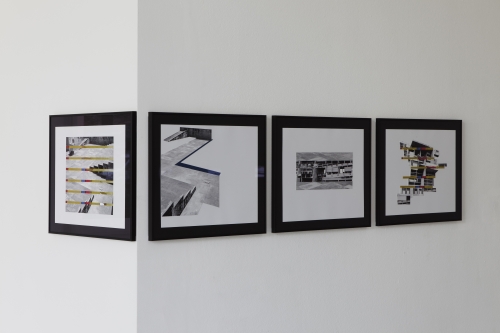 Seher Shah’s black-and-white drawings are structured like lattices in which architectural façades are superimposed with delicate markings, linear details confront black voids and archival imagery intersects with multicultural symbols. Yet, for all the precision of Shah’s aesthetics, conceptually, her motifs are not rooted in fixed meaning; there is room for interpretation in these ambiguous façades, references and symbols.

When I spoke with her in May, she described them as a “language in flux.” Each distinctive layer is meticulously created with graphite and gouache on paper, and a single drawing may take between two to three months to complete, though ultimately she never sees them as finished. “I start drawing while thinking about theater, where each symbol is an entity. It could be that one object goes through nine different permutations and the drawing distils those different states.”