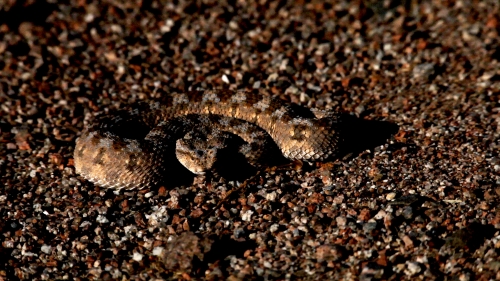 Shadi Habib Allah's film entitled Daga'a, first shown at the New Museum Triennial in 2015, will be shown at the Courtisane Festival in Ghent, Belgium, alongside films by Chantal Akerman, Cyprien Gaillard and Avi Mograbi among others.

Palestinian contemporary artist and filmmaker Shadi Habib Allah takes us with him in an unlikely journey of discovery – at gunpoint across the Sinai Peninsula, led by Bedouins who will force us across an unmapped terrain whose only signposts are the small stories they tell about the stakes of living, dying, and moving through this mysterious space. Stories, itineraries, directions, and allegiances become as blurred as the status of the Bedouins themselves, who remain unrecognized non citizens of this no man’s land, through which Habib Allah is led - behind the lines of military checkpoints, off the political, economic, and historical grid, a place where these desert outliers quietly continue their lineage with the help of snakes.