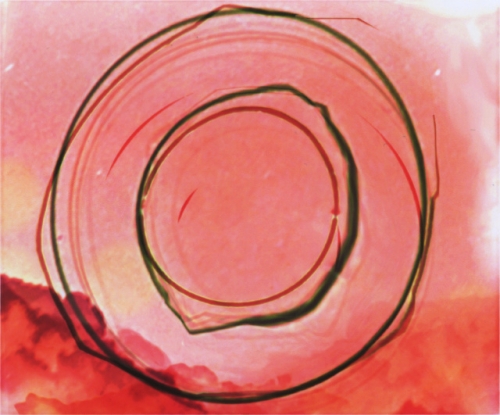 Working during this time of physical distance and isolation, Hoseini, Johnson, and Strafer reflect on ideas of interrelation and how together they might translate the changeable qualities of time. As a starting point for their collaboration, the artists cowrote a text told from the perspective of a collective “we.”

Inspired by the view through the Lobby Gallery skylights, the artists have designed a computer program that constructs an ongoing speculative time-lapse of the sky overhead as it maneuvers between day and night, projected across a broken horizon. As with the title of the exhibition, the artists consider how they might point toward multiple vantage points as they exist simultaneously. In addition to the projection, the exhibition will include new paintings by Hoseini, stone furniture by Johnson, and a video by Strafer, all of which were created specifically for this presentation.