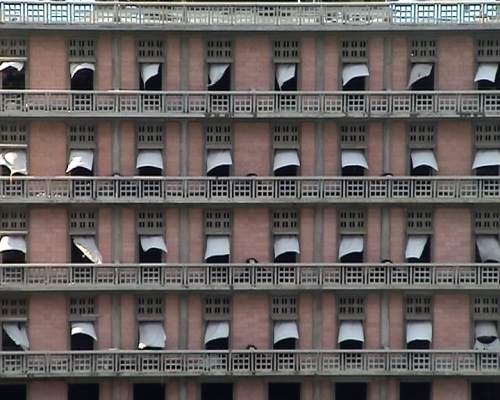 As part of the Perspectives series of contemporary Asian art at the Sackler Gallery, the single-channel video Beirut by multimedia artist Hale Tenger is on view until November 6, 2011. Tenger creates videos and installations that examine the tangible and intangible traces of events. From 2005-2007, she filmed the facade of the St. George Hotel in Beirut - the site of the assassination of Rafik Hariri, former prime minister of Lebanon - while it was being renovated. Gently flapping curtains, shifting light, and Serdar Ateser's simple musical composition evoke a historical moment with profound repercussions that still haunt this physical space.