This text is a tool, but we should never focus on its role as a tool. That would make it too obvious, even for a press release.

Here comes the spin phrase, for pride and continuity: Green Art Gallery is proud to announce its second solo show of Venezuelan-Italian-Lebanese-artist Alessandro Balteo-Yazbeck in Dubai. You’ll need to know that he is based in Berlin, commandeering a career: it amplifies the international dimension of his opportunistically framed multi-cultural identity.

This text has a voice beyond the gallery. It is a higher voice, one of greater authority. It does not matter that the gallery commissioned an equally multi-cultural, globetrotting polyglot writer to craft the text. When it is activated, uploaded, printed, distributed, a weighty power grips it. You, the reader, will look to it for explanation, for enlightenment. This text unlocks the artwork’s meaning, even if you never make it to the inner sanctum of the gallery’s white cube.

The show is titled Instrumentalized. It brings together two bodies of work that confront the “propagandization” of human rights since the early days of their institutionalization, within the current climate in which human tragedy is used as a tool by governments, artists, NGOs and other public bodies to advance specific ideological agendas.

The gallery’s endgame, through this text, is to create value for the work it will display. After all, it needs to sell. Words are carefully chosen to prompt images of arduous process, creative vision and finely groomed artistic intent. Balteo-Yazbeck, known for his strategies of appropriation (1), presents the latest (2) in his on-going series, Chronoscope 1952-53 (2017). Craftily edited broadcast footage from CBS’s Longines-sponsored public affairs show from the early years of television covers issues such as the Korean War, the intensifying Israeli-Palestinian crisis and the draft of the United Nations Human Rights Charter.

So why is the artist so riled up? Well, he wants to highlight the prevalence of propaganda in furthering a capitalist pseudo-democratic ideology. Isn’t that enough?

The Instrumentalized series (2017) is suspiciously made of used clothing that behaves like paintings and sculptures. Unlike the Chronoscope series, with its barefaced political narrative, Instrumentalized retreats into itself.

You will look for answers here in vain. What is behind the shirt? Where did these trousers come from? This text might even try to legitimize it through the obvious art historical references, like Arte Povera. But is that really it? Who wore these clothes before? Why are they covering canvases, or wrapping around plinths? This text refuses to say any more: to provide a narrative for these objects is to slip into the same demagoguery the work tears into. Its sarcasm would be defanged.

It’s really very simple: Balteo-Yazbeck’s practice is all about raising awareness of ideological dynamics through subtle, devilishly intelligent work. His art doesn’t resolve anything. But it asks lots of unsettling questions.

1 A peppering of artspeak lends credibility. 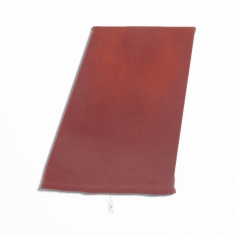 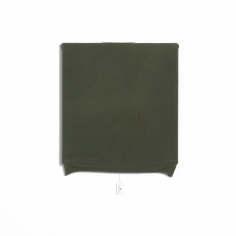 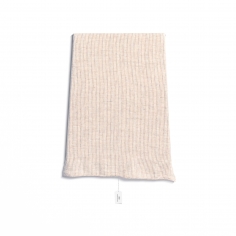 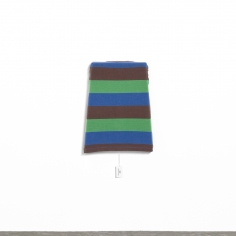 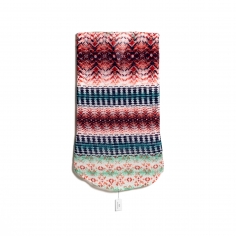 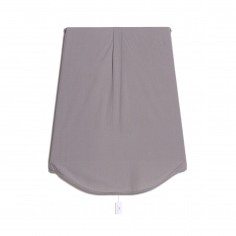 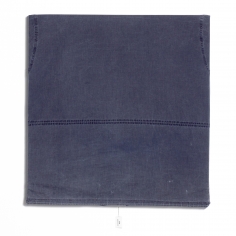 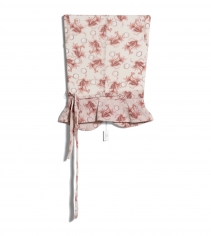 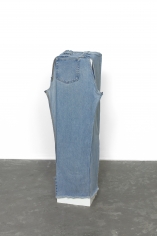 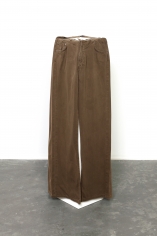 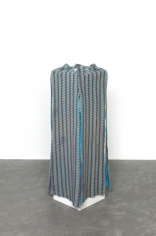 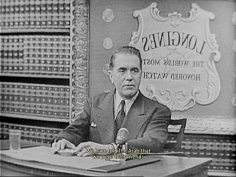 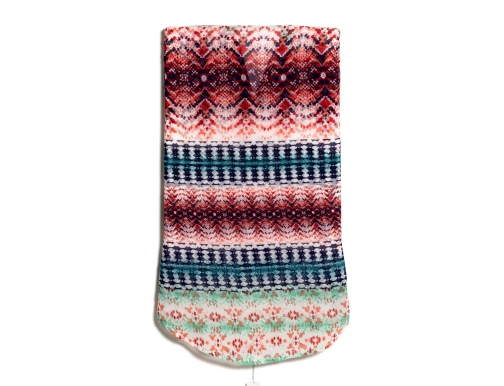 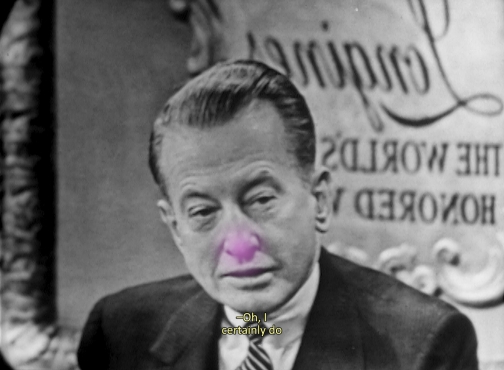