Green Art Gallery is pleased to announce the opening of Brute Ornament, a two-person exhibition featuring the works of New York based artists Kamrooz Aram and Seher Shah, curated by Murtaza Vali. The exhibition will be accompanied with a comprehensive publication edited by Murtaza Vali and with contributions by Shumon Basar, Media Farzin and Alan Gilbert.

Through the works of these two artists, the exhibition explores the conflicted relationship between the decorative tradition of ornament and Western modernism, revealing the constitutive role that ornament played in the development of modern art in the West, specifically in the move towards pure abstraction that was modernism’s endgame.

Both Aram and Shah knowingly deploy their culturally specific subject matter against a background interest in Western modernism, reflecting a broader generational curiosity in and nostalgia for its tremendous Utopian aspirations and the theories, forms and structures it inspired. Over the years, Aram has developed a personal vocabulary of highly stylized motifs—falcons, star bursts, patterns from Persian carpets, angelic figures and spiral clouds from Persian miniatures—that he repeatedly reconfigures into painterly meditations on mysticism and exoticism that teeter between the sublime and the kitsch. And in her large graphite drawings Shah, a trained architect, has described a series of turbulent and fantastic landscapes, courtyards studded with cenotaphs, columns and monuments and plastered with patches of vegetal ornament, immersed in maelstroms of vector lines, smoky trails and swirling arabesques.

In their recent work ornament comes to function less as an overt marker of cultural difference than the specific terrain on or through which a sophisticated dialogue between the iconography of traditional Islamic forms and the history, theory and ideology of modernism unfolds. This recent work also exhibits hints of ambivalence towards ornament, playing out distinctly in their respective oeuvres. In Shah’s most recent drawings, while form and space verge on pure abstraction, the black monoliths that dominate the compositions are juxtaposed against dispersals of smaller geometric shapes whose complex patterns fold and unfold, expand and contract, asserting their presence. And in Aram’s most recent paintings, while pattern and geometry both struggle to dominate the final image, expressive and gestural painterly marks challenge their visual integrity. Ornament appears both brutal and brutalized. 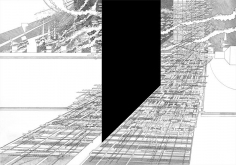 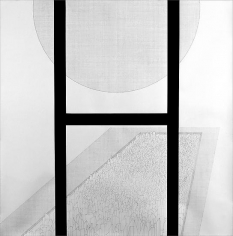 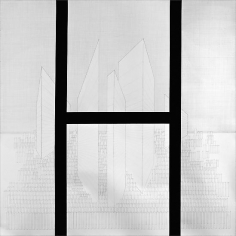 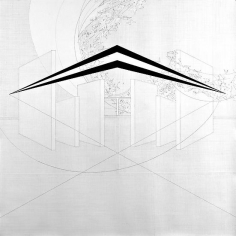 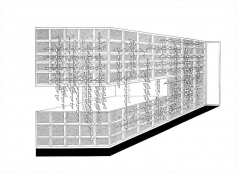 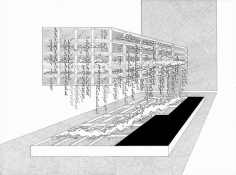 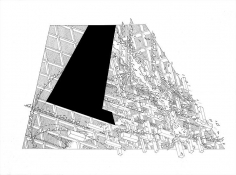 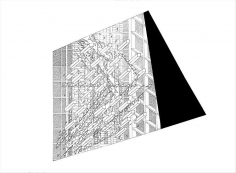 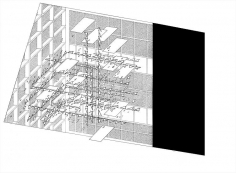 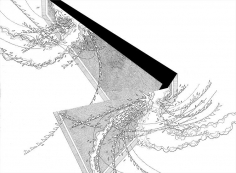 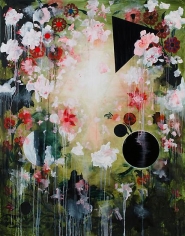 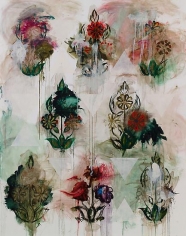 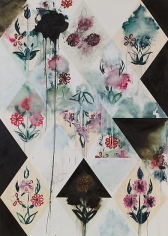 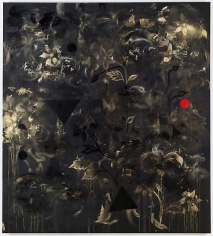 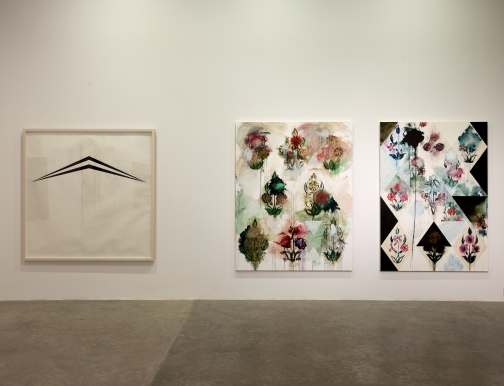 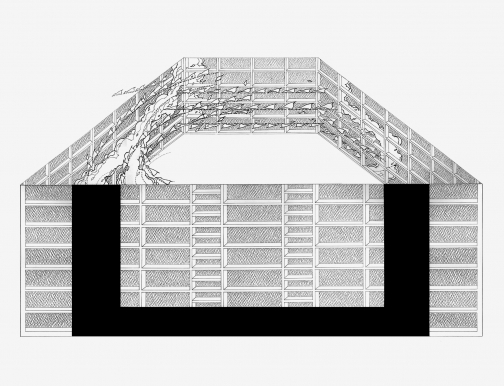 Drawing allows freedom in terms of representations of space where contradictory and parallel ideas, as well as shifts in scale, can exist simultaneously. 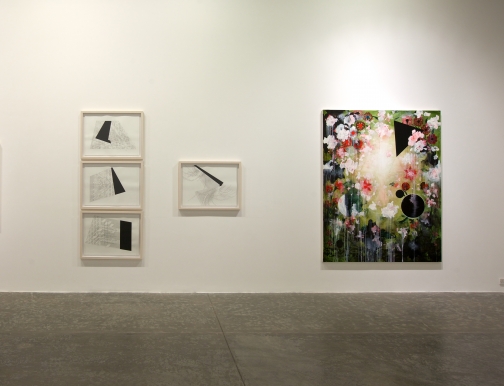 A new exhibition at Dubai's Green Art Gallery features two artists that couldn't be more different: one adept at drawing ultra-detailed cityscapes in graphite, the other can suspend a decorative image at the point of obliteration. 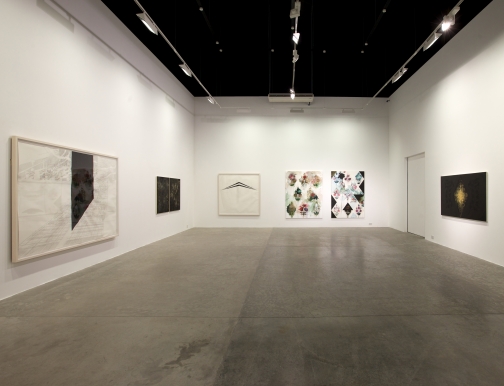 Curated by Murtaza Vali, this exhibition of recent works by Kamrooz Aram and Seher Shah could easily be mistaken for yet another critique of modernism’s ideologies, myths, and utopian flops.