Green Art Gallery presents A Permanent Record For Future Investigation, an exhibition curated by New York-based artist Kamrooz Aram. The show will feature the work of five artists – Nazgol Ansarinia, Talia Chetrit, Iman Issa, Mehreen Murtaza, and Hajra Waheed – whose practices use image-making as a means to negotiate the question of representation. For these artists, representation is understood as a depiction of a space or an object, a description of an event, the writing of history, or the rendering of a memory.

In contemporary visual culture, we are well aware of the use of technology to manipulate images, primarily by way of Photoshop and other digital imaging applications. Our eyes are increasingly trained to view media images with suspicion. Despite this, the average viewer of images still takes for granted the photograph as a truthful depiction of reality and/or history. And this, in fact, has been the case since the advent of photography. Even before digital imaging, images were manipulated through staging and “special effects,” collage, and at times through a simple recontextualization of the subject.

The artists included in this exhibition take on the history of image-making and the notion of the image as historical document. They challenge our understanding of the image as truth through an investigation of form and a conjuring of a variety of historical references. For these artists, the meaning of objects and spaces are dependent on the context in which they exist. The idea of truth or reality in an image is assumed to be subjective and malleable. The lines between documentation and fiction are blurred; narratives are not linear and archives do not follow rules of logic.

In her series, reflections/refractions, Nazgol Ansarinia presents two newspaper articles about the same event. These articles are cut out of their respective newspapers and collaged together, using patterns derived from Iranian mirror mosaics known as Ayene Kari or Mirrorwork. In this traditional art form, mirror tiles are cut into intricate patterns, leaving the viewer with a reflection that, although spectacular, appears as a kaleidoscopic distortion of the reality it reflects. Likewise, Ansarinia sees the intended role of the newspaper as reflecting reality within society, but as one reads two different perspectives in two different newspapers, it is clear that this reality is subject to the storyteller’s perspective. Thus, the artist’s resulting image is, though visually seductive, nonetheless unintelligible in its attempt to describe any event at all.

Talia Chetrit’s photographs, primarily shot in the studio, appear to be straightforward and formal, exploring the concept of subject and process in photography. But as one moves beyond the formal, a chain of references begins to unravel, revealing an astute investigation of the function and history of photography and the role of image-making and its cultural, historical and social significance. With references to surrealism, cubism and stock-photography, the artist dismantles the hierarchies that inform our views of both the subject and the medium (photography) in which the subject is depicted. In Modular Sculpture, 2011, Chetrit simultaneously presents two different views of a mass-produced modular sculpture. Through the process of photography, this object is transformed from everyday kitsch into an elegant Modern sculpture. Shot from multiple views in a flattened space, this work highlights the limitations of the medium of photography, while at the same time demonstrating photography’s ability to represent an object in a specific and controlled manner, influencing the meaning of that object and challenging the viewer to develop new relationships to both photography and sculpture, and their deeply established histories.

In Hajra Waheed’s Anouchian Passport Portrait Series, the artist has accessed an archive of portraits by an Armenian photographer named Antranik Anouchian, who lived and worked in Tripoli, Lebanon in the mid-20th century. 198 of Anouchian’s portraits, found in the collection of the Arab Image Foundation, have been categorized by Waheed into two groups of 99 portraits of men and 99 portraits of women, and then recreated as a series of pencil drawings. In these reproductions, the artist’s eyes function as a scanner and her hand as a printer, rendering the portraits through a slow and mechanical unveiling. The resulting images are light and ephemeral, allowing space for the viewer to project an identity onto these anonymous faces. For this exhibition, Waheed debuts a new series, "Side Profiles: A Study From the Anouchian Passport Portrait Series." The 6 profiles from this series consist of 3 pairs of portraits of 3 different men. Each pair of portraits is sourced from the same photograph. However, once the photograph is mediated by drawing, the portraits are no longer identical. The variations in tone and the uneven application of marks cause slight distortions in the men’s features and complicate the relationship between the two images.

The Dubious Birth of Geography, an installation of 15 photographs by Mehreen Murtaza, appears as a wall of documentation, perhaps as seen from another planet unaccustomed to our historical logic. In this work, Murtaza has collected images documenting historical events and intervened in them, creating science fiction-like revisions. The historical photograph, our most trusted visual documentation, now depicts events that stem from conspiracy theories, mythological tales and miraculous events. By appropriating the aesthetics of history books and documentary photography, the artist flattens the playing field and allows for fact, myth and magic to contribute to the narrative in equal parts. Through the absurdist lens in which the artist presents history, the viewer is forced to renegotiate her understanding of how images have shaped who we are today, and the power of images to influence how we understand ourselves in the future.

In Iman Issa’s triptychs, the viewer is presented with three related, but autonomous elements. Issa’s ritualistic process begins with a snapshot of a location that has personal significance to the artist. This straightforward and seemingly unassuming documentation of space becomes the starting point for the second element in the triptych. For this image, the photographer takes the sensate memories and associations evoked in her by the original space, and concretizes them by constructing what she terms “settings,” which are then photographed and displayed as a framed still-life in the center of the triptych. However, by the time the setting has been photographed, the new image is now foreign to the artist and is so removed from the original location that she might be seeing it for the first time. Thus, the third element in the triptych becomes a fresh response to this setting, as if the artist had never seen it before. Issa’s process is at once performative, playful and ritualistic, navigating memory, documentation and narrative through a poetic approach that allows the viewer space for participation. Perhaps the fourth element in these works is the viewer’s own associations with each successive element. Born in Shiraz, Iran in 1978, Kamrooz Aram received his MFA from Columbia University in 2003 and his BFA from the Maryland Institute College of Art in Baltimore in 2001. He has had solo shows at the Perry Rubenstein Gallery, NY, LAXART, Los Angeles, CA and Massachusetts Museum of Contemporary Art, North Adams, Massachusetts. He has shown in several important groups shows including roundabout (2010), the Busan Biennale (2006), P.S.1/MoMA’s Greater New York 2005, and the Prague Biennale I (2003). His work has been featured and reviewed in the New York Times, Art in America, Artforum.com and Bidoun among others. He lives and works in Brooklyn, NY. 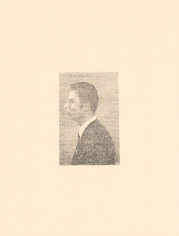 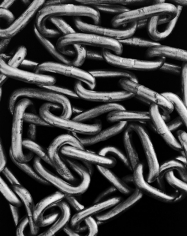 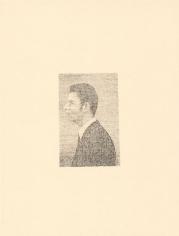 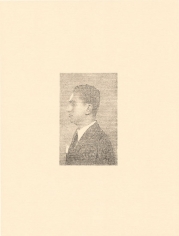 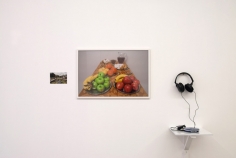 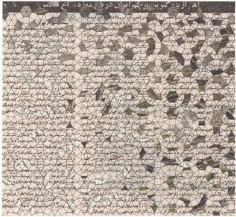 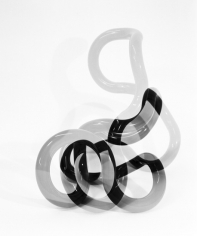 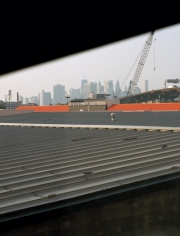 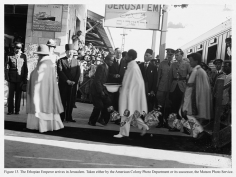 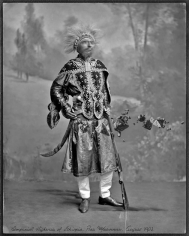 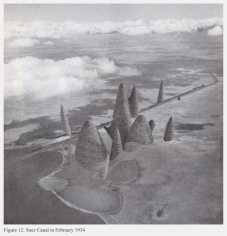 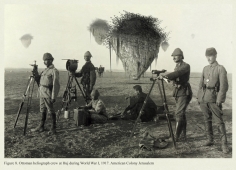 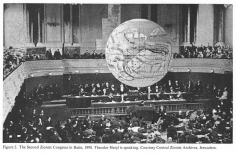 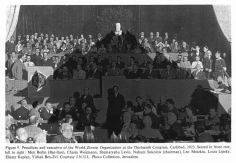 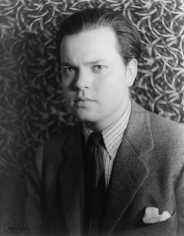 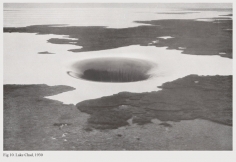 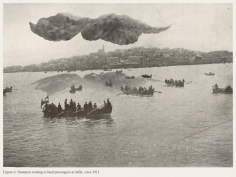 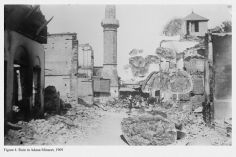 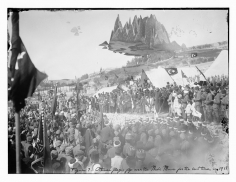 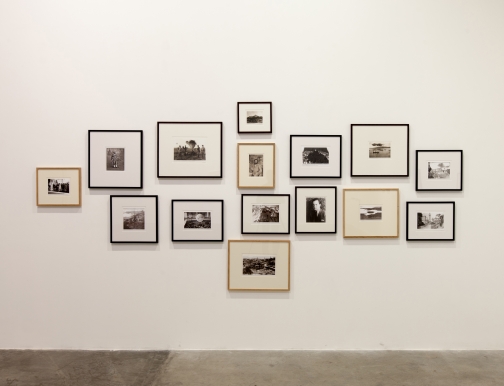 Iranian artist Kamrooz Aram has set aside his canvases to explore the concept of representation in an exhibition currently running at Dubai’s Green Art Gallery. 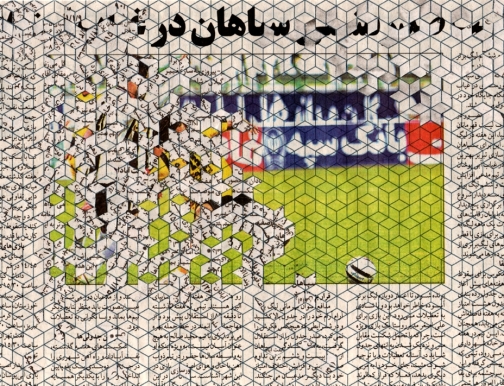 Five women artists deconstruct the process of photography to illustrate how biases, viewpoints and motives tend to tint reality.