Balteo-Yazbeck’s mixed media installations explore the effects of cultural diplomacy and governments’ propaganda strategies. Drawing from a multitude of sources, the artist embarks on a kind of dérive mapped onto a global scale to tease out entangled public secrets and recontextualize them in the contemporary moment.

The ideological apparatus of the state works in mysterious ways. Sometimes it is overt, as when Charles and Ray Eames were commissioned to produce a film Glimpses of the USA for the first US-USSR cultural exchange in 1959. Screened across seven screens in a Buckminster Fuller-designed geodesic dome, the film depicted ‘a day in the life of the United States.’ Automobiles, gleaming urbanity, breathtaking natural vistas, suburbia, and loving families: even as it painted a friendly picture of American humanity, it functioned as a tautological paean to American might. At the end, the floral loops of highway interchanges give way to poignant final bouquets of forget-me-nots. It was a chilling message to the USSR despite the overture of friendship, perhaps working to sweeten the fact that each country had thousands of nuclear missiles pointing at each other.

Later, IBM—the quintessential American company—would commission the Eameses to produce Computer House of Cards for their pavilion at the 1970 World’s Fair in Osaka. It was a continuation of a long-standing IBM-Eames collaboration, which first began in 1957. Here again was the same velvet-gloved diplomacy, this time for the express purpose of promoting a positive image of computers and laying the groundwork for digital technology’s omnipresence. It is referenced in Balteo-Yazbeck’s installation Eames-Derivative, produced in collaboration with art historian Media Farzin, which features remakes of these now obsolete slotted cards. They are paired with a chronology of the rise and fall of the monetary gold standard, intertwined with banks’ increasing adoption of computers in global finance and Eames’ collaborations with IBM and the US Department of State. The result is a sculptural house of cards—at once both a testimony to the present day hegemony of the US military-industrial complex, and a reminder of the fragility of the global financial system that underwrites it.

At other times, governments collude to bury information in a mode that recalls Pierre Bourdieu’s statement, “The most successful ideological effects are those which have no need for words, and ask no more than complicitous silence.” The Israeli Nuclear Arsenal series speaks to one such case, uncovering a suppressed history of US-Israeli relations. Here, the artist refers to the tradition of whistleblowers (Daniel Ellsberg, Bradley Manning, Edward Snowden), and specifically Mordecai Vanunu, who spent more than 18 years in Israeli prisons for his 1986 leaked images—first-hand real evidence—that blew open Israel’s long-covert nuclear armament program. Conversational fragments excerpted from a secret 1961 meeting between John F. Kennedy and David Ben-Gurion are printed on an abstract painting, the kind that the CIA infamously instrumentalised during the Cold War. The series of billboards in turn draws attention to the parallels between state propaganda and advertising. 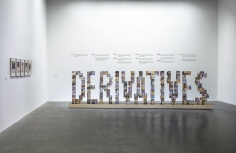 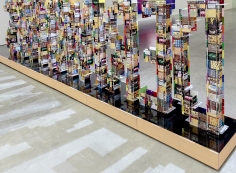 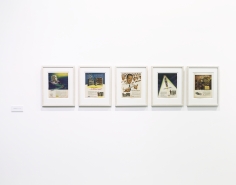 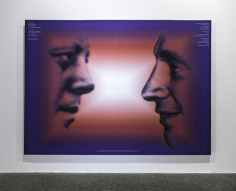 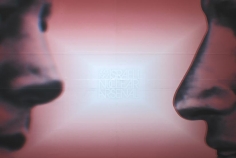 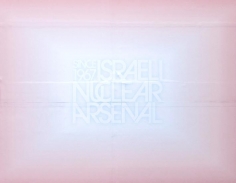 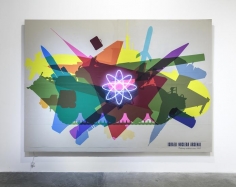 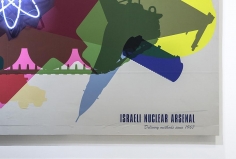 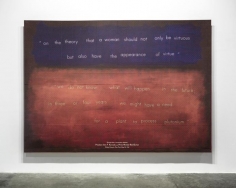 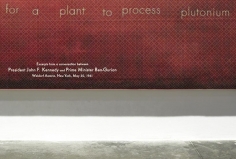 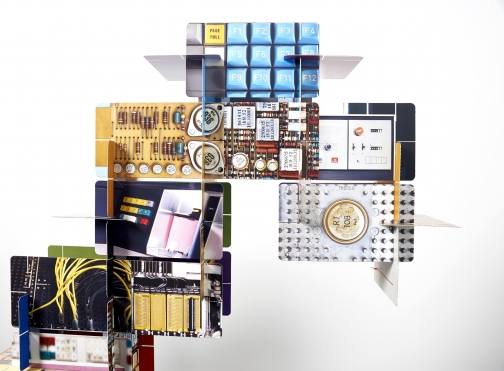 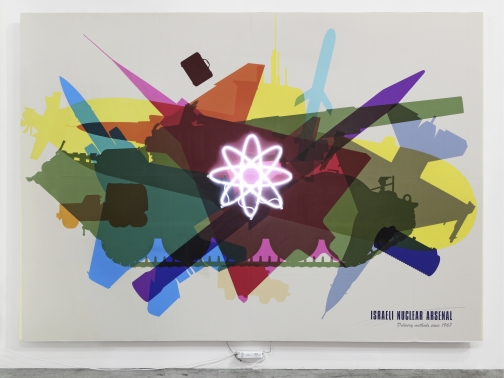