Amidst the destruction wrought by the current political situation, Chichakli’s drawings and woodcuts offer a poignant look into the Damascus of years gone by. A professor at the city’s Fine Arts University, Chichakli first began drawing the city centre from memory as a way to while away the tedium of proctoring examinations. He employs the ‘tahsheer’ method of first drawing fine lines then going over them to darken an area, almost as if to bring back the past through a repeated gesture of reinscription. These black and white images are subsequently scanned, printed, and then brilliantly recoloured to show the same scene at different times of day or night. Even as clouds give way to sunsets or stars, the people and buildings remain immobilised as if in a tableau vivant, frozen in time and frozen in memory.

In several drawings we see the ghost of the Victoria Hotel, which was built in downtown Damascus in the late 19th century, so named in honour of Queen Victoria’s impending visit. Connecting the hotel to the nearby Al-Hijaz railway station was an iron bridge over the Barada river, which took on the same name. Victoria Bridge was later renovated during the French Mandate in the 1920s and reinforced with stone to support the transport of heavy military equipment. The hotel and bridge were later removed—Queen Victoria never did visit the city—but the area, Jisr Victoria, still bears its name and traces of a Damascene past.

Another image shows a building of Jamal Basha, the Ottoman ruler known as ‘Al Saffah’ or ‘The Slasher’ for his role in the Assyrian—as well as Armenian and Greek—genocide that saw the mass execution of over a quarter million Syrians. A beautiful four-storey structure, it was one of the few cement buildings built at the time; today, it too has been demolished. There is nostalgia here in spades, and also longing, for the city he sees as destroyed not only by war but equally by the callous drive to improve and renovate in the name of modernity and progress. In depicting these kinds of structures, Chichakli’s works bear gentle witness to the violence of colonialism and a reminder that there is beauty to be found in even the ugliest of urban scarifications.

Chichakli’s woodcuts are especially astonishing in their intricacy of detail. The almost impossibly fine lines are produced using the delicately precise techniques and tools of the diamond trade in Belgium, where he studied and then lived in the 1980s. Here, the artist moves into depictions of lived experience, from rural life, souk vendors, schools and cafés to more abstracted themes such as love, fear, exile, life as a game of chess. Many of these compositions are presented with layered variations that suggest the multifaceted peaks and lows of each of these emotions and concepts.

Born in Damascus in 1944, Khaldoun Chichakli has exhibited extensively in Syria and Belgium, as well as in Lebanon, Egypt, USA, UAE, and Sweden. Chichalki’s work is held in several regional and international collections including the Barjeel Art Foundation, Sharjah. He lives and works in Damascus. 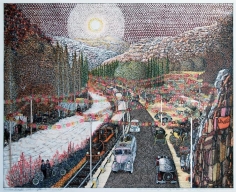 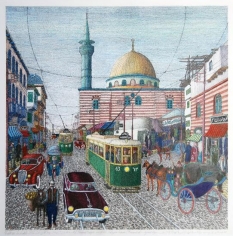 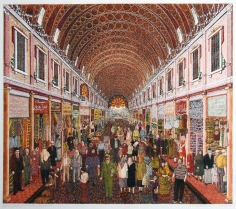 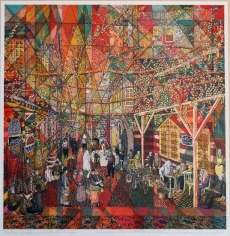 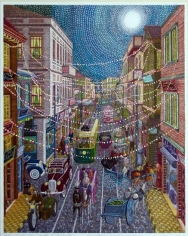 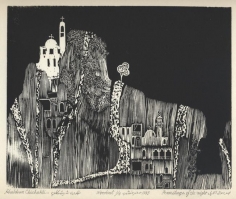 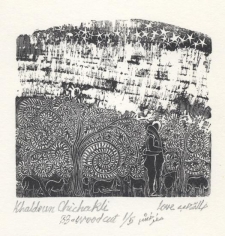 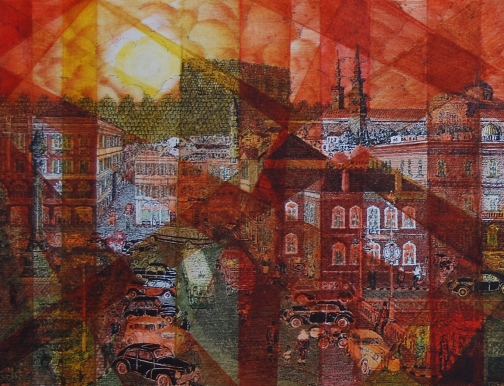 Khaldoun Chichakli's Damascenes provides a glimpse into the Damascus of years gone by. 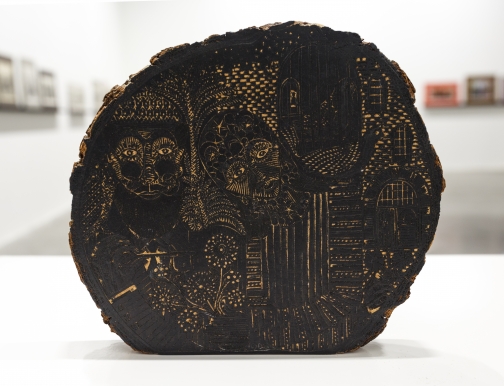 Khaldoun Chichakli's Damacenes, on at the Green Art Gallery until the end of the month, displays a precise, methodical, colorful and exceedingly nostalgic body of work. 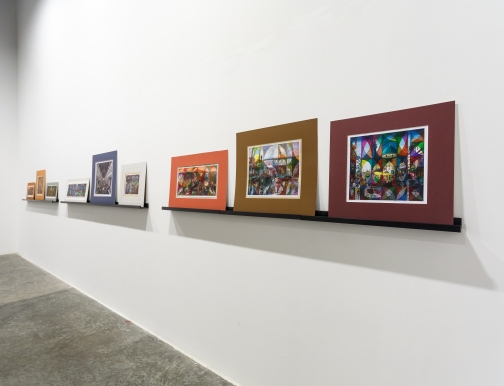 An exhibition brings alive the city’s past, its forgotten architecture and offers a glimpse into the everyday life as it once was. 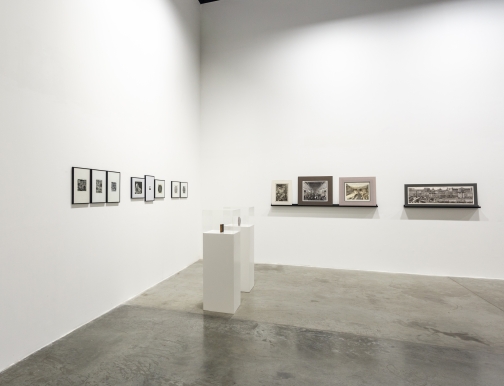 Damascenes is an expression of Chichakli’s experiences and encounters, from rural and everyday life to souk vendors and abstract themes such as love, fear and exile. For a view of the Syrian capital of old, this exhibition is well worth investing your time in. 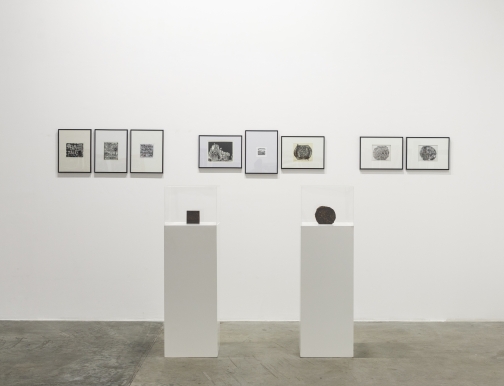 Art connoisseurs have been bewildered by Khaldoun Chichakli’s exhibition in Dubai of Syria’s capital Damascus in its heyday in the 1950s.