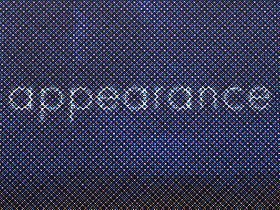 Alessandro Balteo-Yazbeck’s works are often motivated by socio-political questions involving gaps in collective knowledge or misrepresentations in the public record, often focusing on the importance of propaganda as a political strategy. His work also deals with questions of political and cultural authority, and on the structures through which legitimacy is conferred to objects and ideas.

The two works shown at Artissima belong to the Israeli Nuclear Arsenal series. A series which Balteo-Yazbeck began in 2004, the year when Mordechai Vanunu was first released from prison. Vanunu had been a technician at Israel’s Dimona nuclear plant; in 1986 he leaked photographs to the British press that proved Israel’s highly advanced nuclear capabilities (he was subsequently kidnapped -in Rome- by Mossad agents, tried at a secret tribunal in Jerusalem, and sentenced to eighteen years of solitary confinement). Despite his revelations, several well-documented books, articles and even a UN Security Council resolution to place Dimona under the trusteeship of the International Atomic Energy Agency, the plant and its weapons remains a tacitly ignored public secret.

Balteo-Yazbeck has been studying the political and communicational strategies that have contributed in keeping this sensitive information widely ignored by the public. He has also researched entire decades of advertisement, popular culture and fine arts to come up with alternative forms to divulge the unacknowledged truth about this sinister arsenal.

The billboard entitled Waldorf Astoria, 1961, refers to a private meeting between U.S. president John F. Kennedy and Israeli Prime Minister David Ben-Gurion at the Waldorf Astoria hotel in New York. The two leaders pondered how to best represent Israel’s nuclear program as peaceful—“on the theory that a woman should not only be virtuous but also have the appearance of virtue,” Kennedy helpfully explained. An excerpt of their conversation is printed against the backdrop of an abstract painting, a reference to the CIA’s successful instrumentalisation of Abstract Expressionism as Cold War propaganda through the agency’s influence at the Museum of Modern Art.

A second billboard colorfully displays, (in a way reminiscent of hard edge painting), most of the transportation methods by which the Israeli military could have delivered a nuclear weapon up to this date. A superposition of silhouettes and a neon atomic sign, congregate in the billboard waiting to be identified by the observer. The billboard does not mention the name of the weapons systems nor the years in which Israel acquired them from other countries. However, it is possible to find this information online without great difficulty. The billboard’s branding of the nuclear arsenal reads: Israeli Nuclear Arsenal, Delivery Methods Since 1967. Allegedly, it was this year when Israel deployed, for the first time, two primitive nuclear bombs to be driven by trucks to the borders with Egypt and Syria during the Six-Day War. 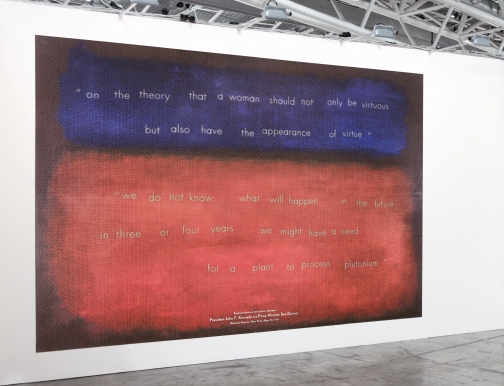